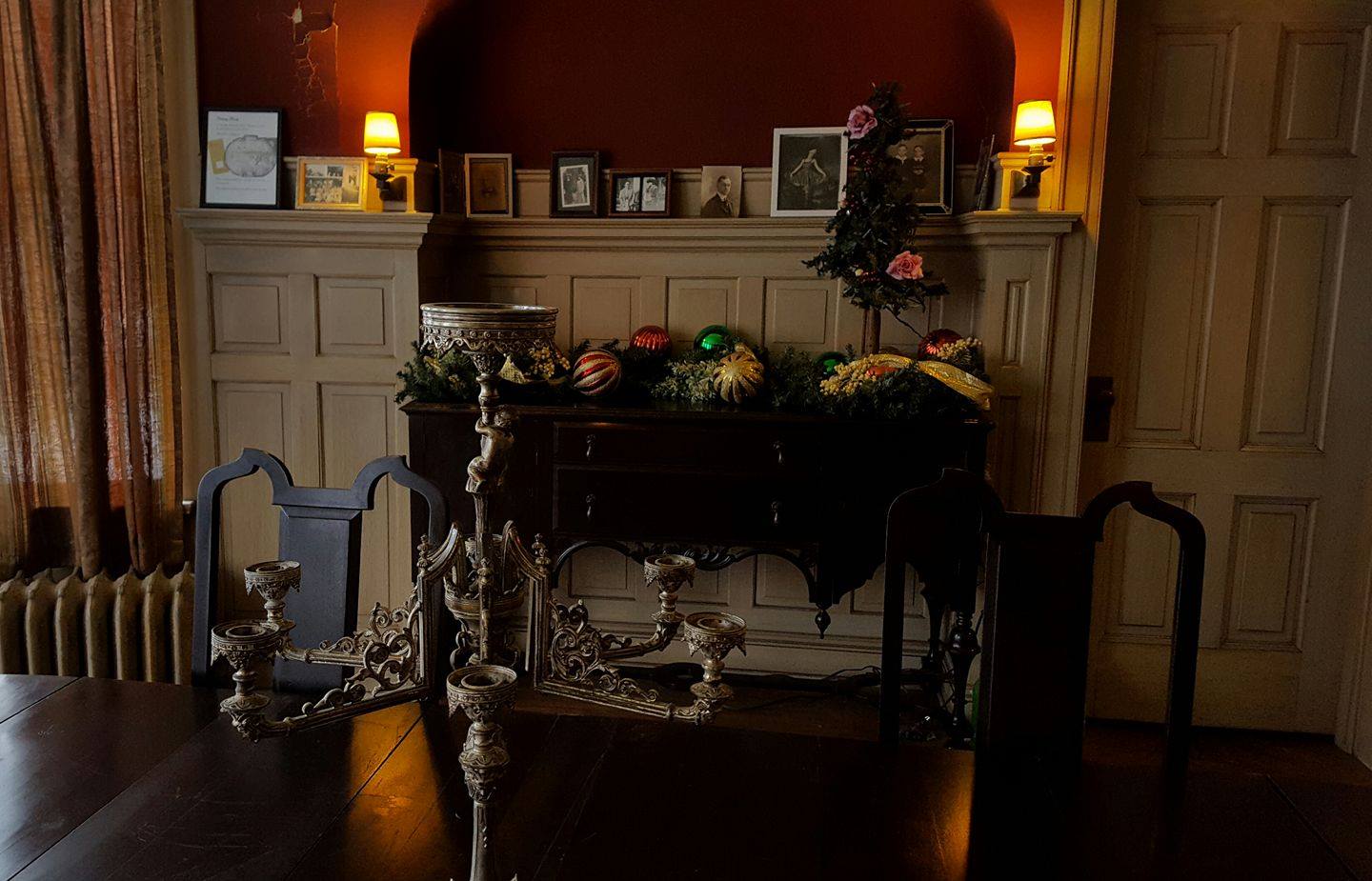 The primary rooms of Galion’s landmark Gill House will welcome visitors this Saturday during the community’s Come Home to Galion event.

From 1 PM until 3 PM, the doors will be open for visitors to see trees and mantles dressed in holiday finery. There will also be an opportunity to see recent work which has been completed at the house, a place tied to Galion’s history as none other.

In fact, the Christmas Open House will take place squarely in the middle of Greensburg, the original local settlement which predated Galion by three years.

The house was built in the first years of the 20th century to the design of Detroit architect Louis Kamper. Today, it remains Kamper’s only surviving example of that style, which guided his development as an architect at the country’s leading architectural firm of its day, McKim, Mead & White.

For a photo gallery of some of Kamper’s other designs, click here.

The house was also visited by Gill family friends Thomas A. Edison and Henry Ford.

There is no charge to visit on Saturday. Refreshments available, and donations will be warmly accepted.

Galion Area News from Other Media